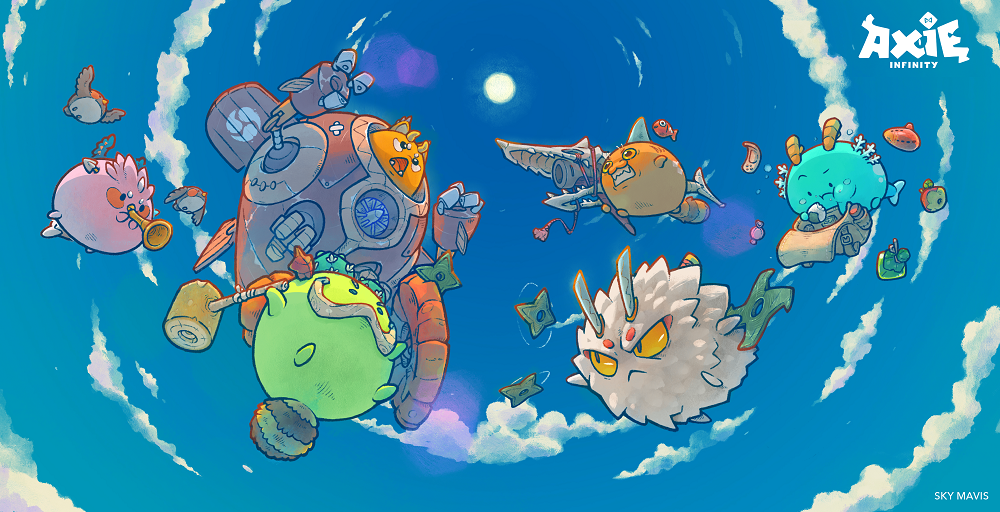 Axie Infinity is a game universe filled with fascinating creatures, Axies, that players can collect as pets. Players aim to battle, breed, collect, raise, and build kingdoms for their Axies. The universe has a player-owned economy where players can truly own, buy, sell, and trade resources they earn in the game through skilled-gameplay and contributions to the ecosystem.
There are and will be many varied games experiences for Axies. Many of them will have players compete with each other using complex strategies and tactics to attain top rankings or be rewarded with coveted resources. Others will have them complete quests, defeat bosses, and unlock in-depth storylines.

Axie Infinity Shards(AXS) are an ERC-20 governance token for the Axie Universe. AXS holders will be able to claim rewards if they stake their tokens, play the game, and participate in key governance votes. Players will also be able to earn $AXS when they play various games within the Axie Infinity Universe and through user-generated content initiatives. 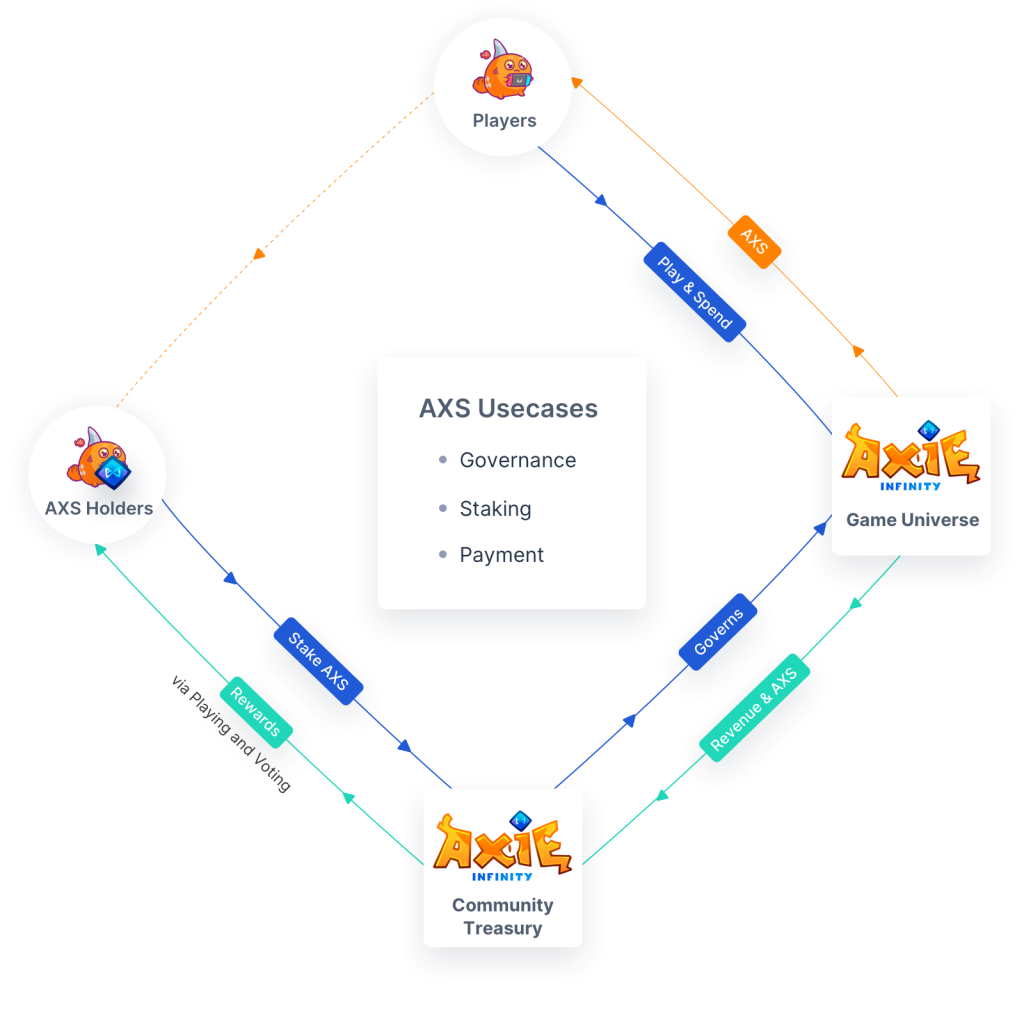 Our goal with Axie Infinity Shards is to align the incentives between the players of the game and the developers in novel and exciting ways. The mechanisms described above have two main goals:

We want Axie to become the first game truly owned and operated by the community that plays it. This opens up limitless possibilities but must be approached carefully. In the past, projects have been abandoned and become stagnant using the term “decentralization” as a ruse. The shift to a true Decentralized organization will occur gradually over time.

The Treasury receives inflows from:

More streams will be added in the future from cosmetic sales, tournament entree fees, licensing fees, and more as new opportunities present themselves.

Axie Infinity is being developed by Sky Mavis which is a technology-focused game studio founded in early 2018.

Trung is involved in all key decisions from product to marketing and leads the company in Vietnam.

At the age of 19, Trung co-founded and was CTO of Lozi.vn, an early Vietnamese e-commerce startup which has raised around 10 M in funding and is still in operations as of now. He left Lozi once it became a stable business and the team’s focus shifted from building to business/operations. Trung also had stints at Trusting Social (25 M recent funding round led by Sequoia) and Anduin Transactions (a Joe Lonsdale company) before founding Axie Infinity
Trung represented Vietnam in the ACM-ICPC World Final 2014 held in Yekaterinburg, Russia.

Aleksander is responsible for all things business-related in Axie Infinity. He also serves on the board of directors in the Blockchain Game Alliance and holds the secretary position.
He has worked in the Asia Pacific region since early 2018 and has a vast network of Blockchain industry and gaming connections, particularly in Vietnam, Hong Kong, South Korea, and Japan.
Before Axie Infinity he worked as a manager in the Norwegian state and spent his free time as a content creator and competitive gamer. He has been ranked as one of the top 200 players in Europe in DotA 2 and has represented the Norwegian national team in Warcraft 3 and DotA.

Tu runs the art team in Vietnam and designed the original Axies. He is responsible for the art direction and many game design concepts.
He co-founded and formerly worked as the Head of Design at Lozi.vn.

Andy leads our engineering team and is responsible for our technical strategy and engineering operations.

He previously worked as a software engineer at Anduin Transactions and interned at Google and Paypal.

Jeff AKA “Jihoz” is responsible for growth and community development. He also spearheads token design and works closely with the product team.

Jeff grew up collecting fossils and insects; he uses this experience when thinking about the collector side of NFTS. Jeff was a member of a top-ranked USA Horde guild in vanilla World of Warcraft; he spent much of his childhood/adolescence in raids. Academically, he studied military and economic history at Yale where he wrote his thesis on the ideological origins of Alexander Hamilton’s debt restructuring plan.