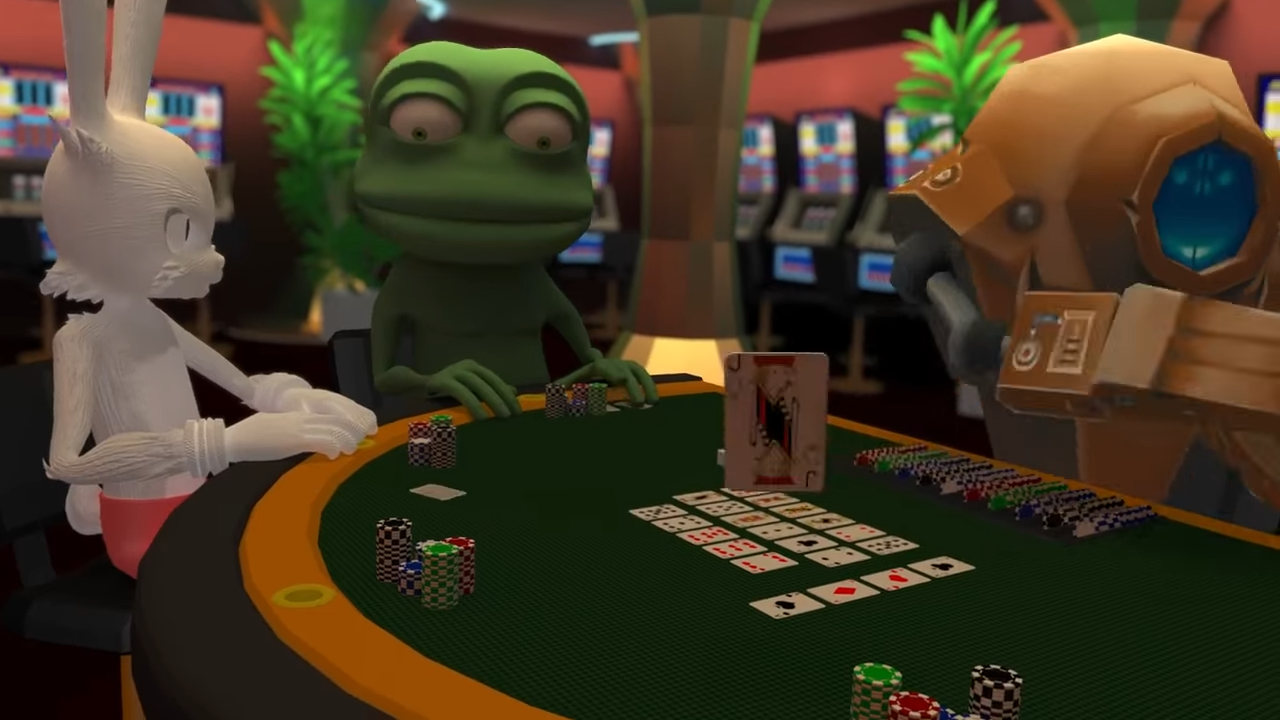 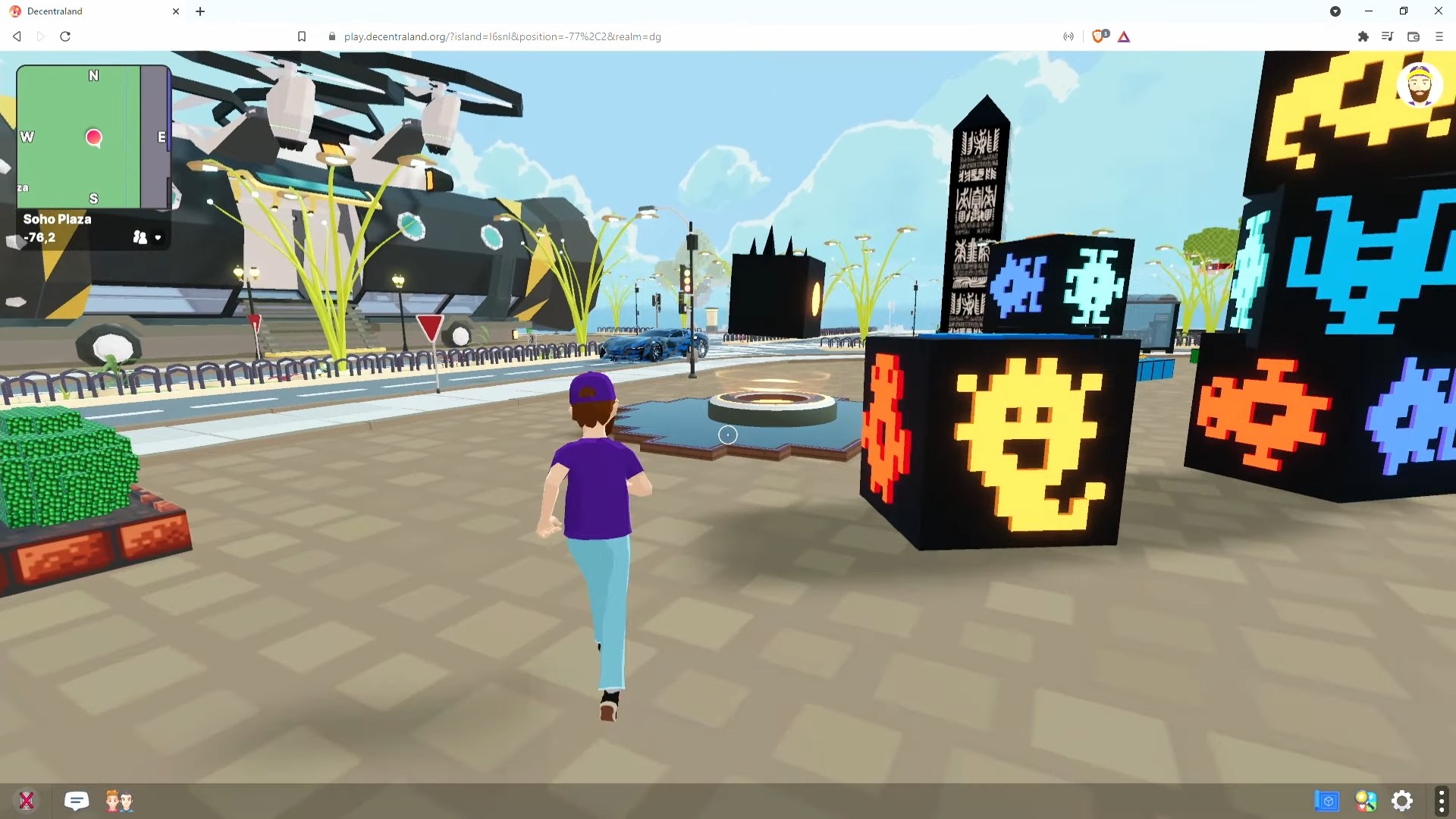 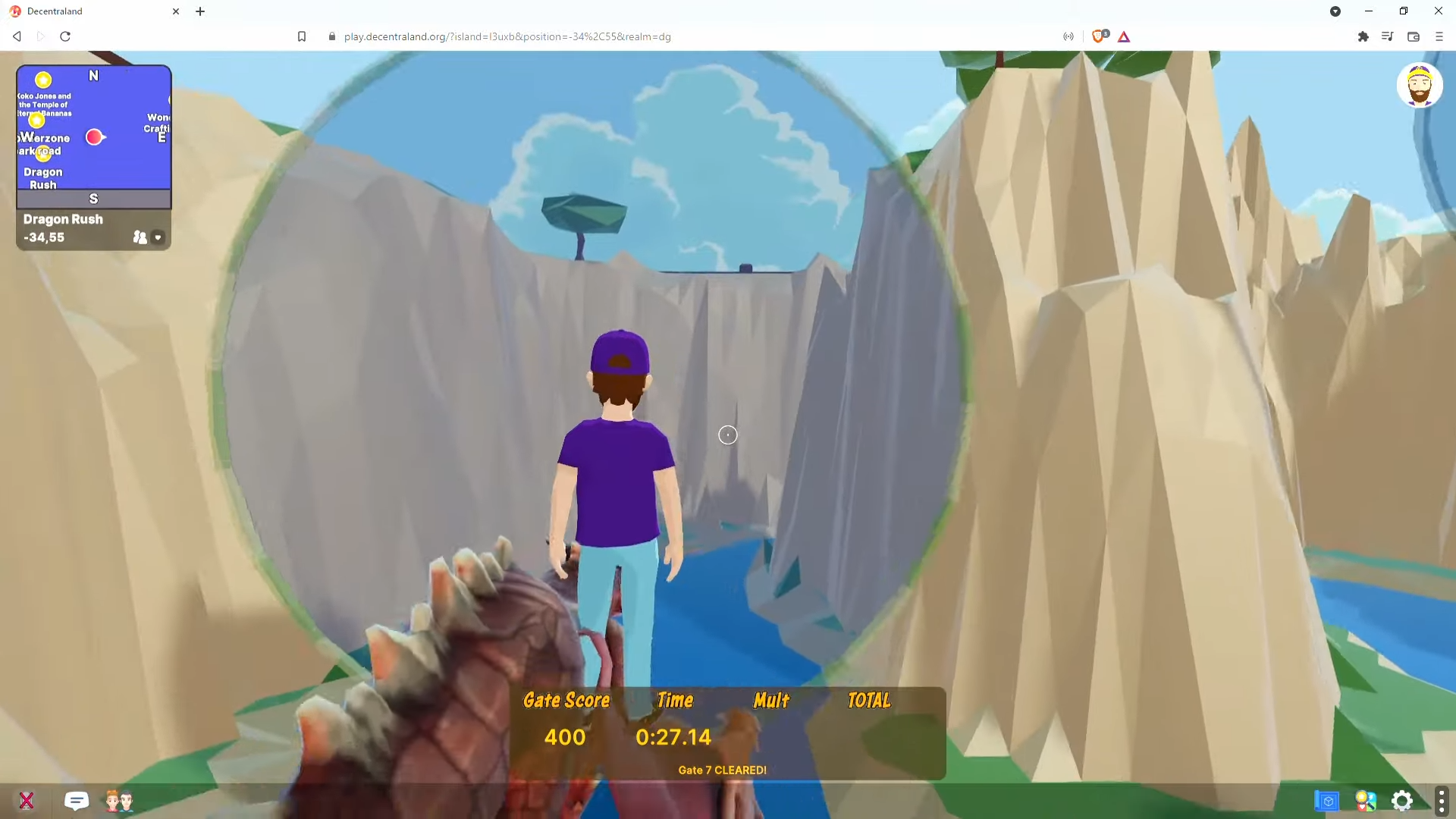 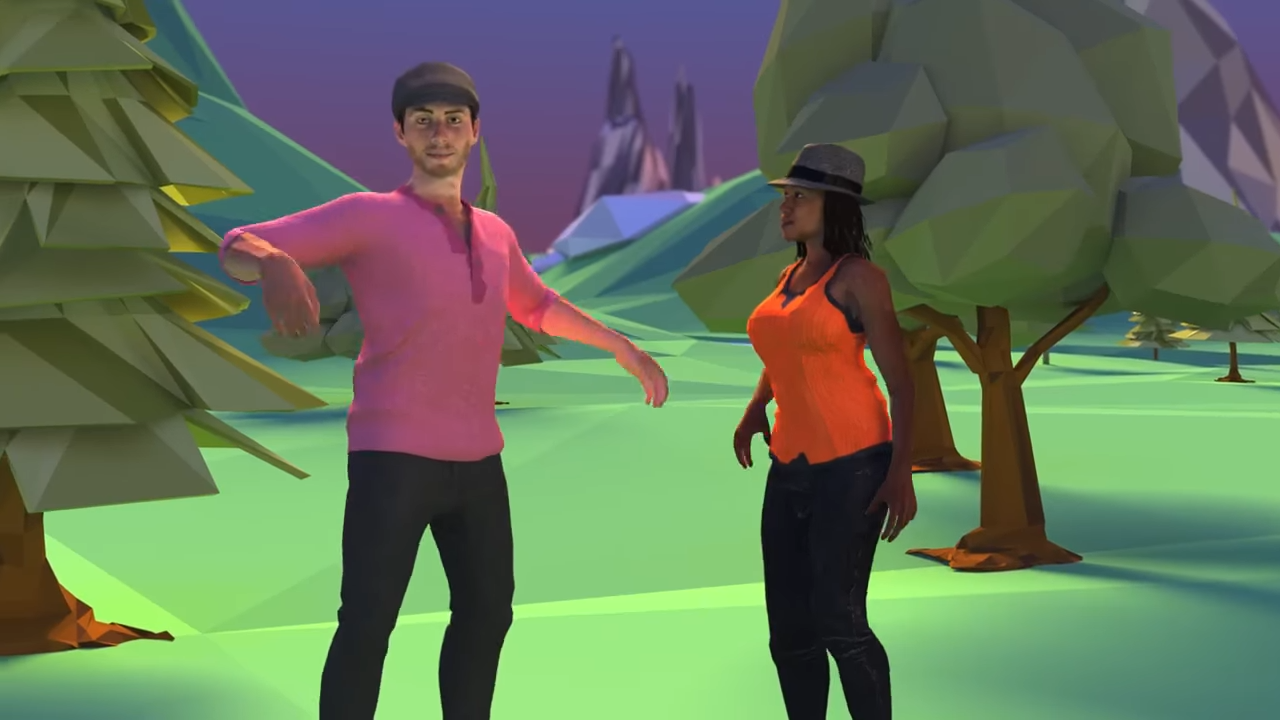 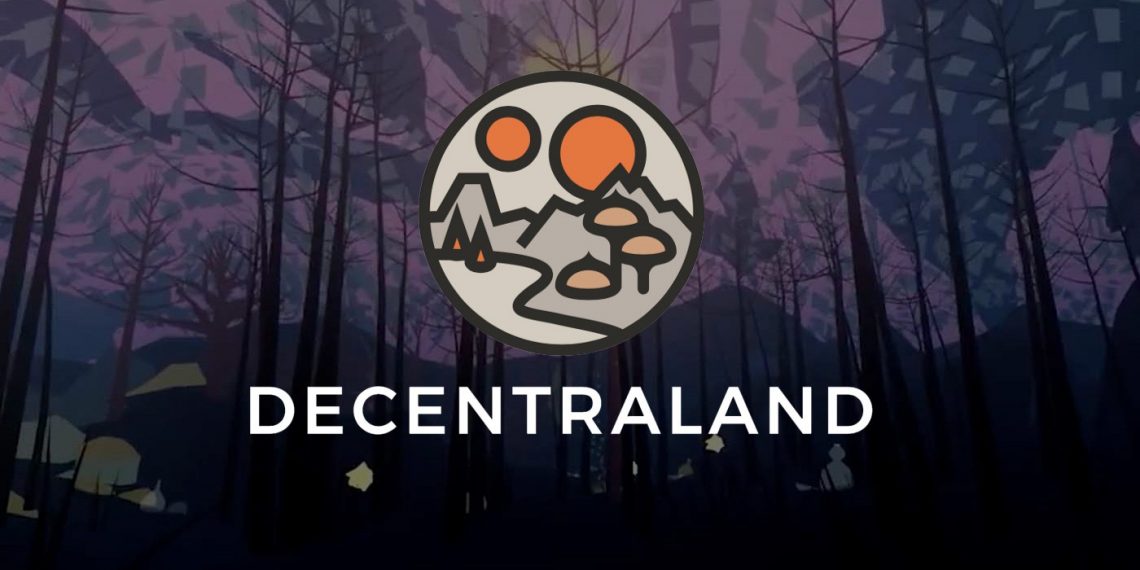 Decentraland is a virtual reality platform powered by the Ethereum blockchain. Users can create, experience, and monetize content and applications. Land in Decentraland is permanently owned by the community, giving them full control over their creations.

Users claim ownership of virtual land on a blockchain-based ledger of parcels.
Landowners control what content is published to their portion of land, which is
identified by a set of cartesian coordinates (x,y). Contents can range from static 3D scenes to interactive systems such as games. Land is a non-fungible, transferrable, scarce digital asset stored in an Ethereum smart contract. It can be acquired by spending an ERC20 token called MANA.

MANA can also be used to make in-world purchases of digital goods and services. People are spending increasingly more time in virtual worlds, for both leisure and work. This occurs predominantly in 2D interfaces such as the web and mobile phones. But a traversable 3D world adds an immersive component as well as adjacency to other content, enabling physical clusters of communities.

Unlike other virtual worlds and social networks, Decentraland is not controlled by a centralized organization. There is no single agent with the power to modify the rules of the software, contents of land, economics of the currency, or prevent others from accessing the world.

The game uses the MANA token for land purchases and other items in the virtual world.

With the launch of the Iron Age, we are introducing two digital assets: LAND, the non-fungible parcels in which the virtual world is divided; and MANA, an ERC-20 token that is burned to claim LAND, as well as to make in-world purchases of goods and services.

The utility of LAND is based on its adjacency to other attention hubs, its ability to host applications, and also as an identity mechanism. Developers and other content creators will demand LAND so that they can build on top of it and reach their target audience. Although every unclaimed LAND can be purchased at the same exchange rate (1000 MANA = 1 LAND), LAND parcels are distinguishable from each other, potentially trading at different prices on a secondary market due to differences in adjacencies and traffic.

On the other hand, MANA serves as a proxy to asses the price of a new parcel of LAND. Also, MANA used to buy goods and services in the virtual world creates utility value for the token.

The annual increase in the MANA supply will be 8% for the first year and a lower rate in subsequent years until reaching 60% of the remaining MANA tokens. 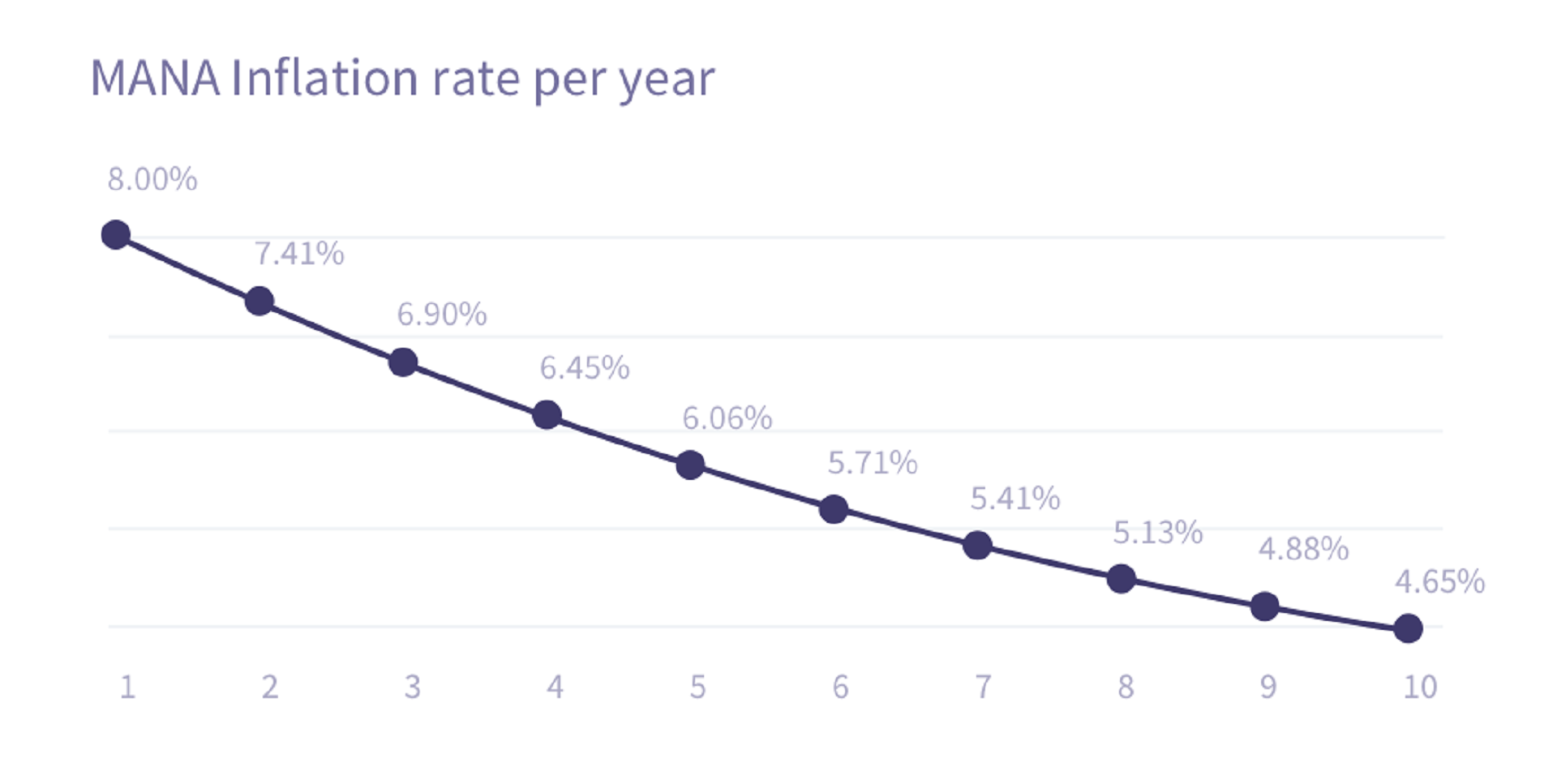 Decentraland was co-founded by Ariel Meilich and Esteban Ordano – both have since stepped down from major roles, but still act as advisors.

Ariel Meilich is an entrepreneur who has created multiple businesses and worked as a venture capital analyst.

Esteban Ordano has worked in the cryptocurrency industry as a software engineer, an advisor, and the owner of a smart contract development firm, as well as a blockchain technology infrastructure organization.