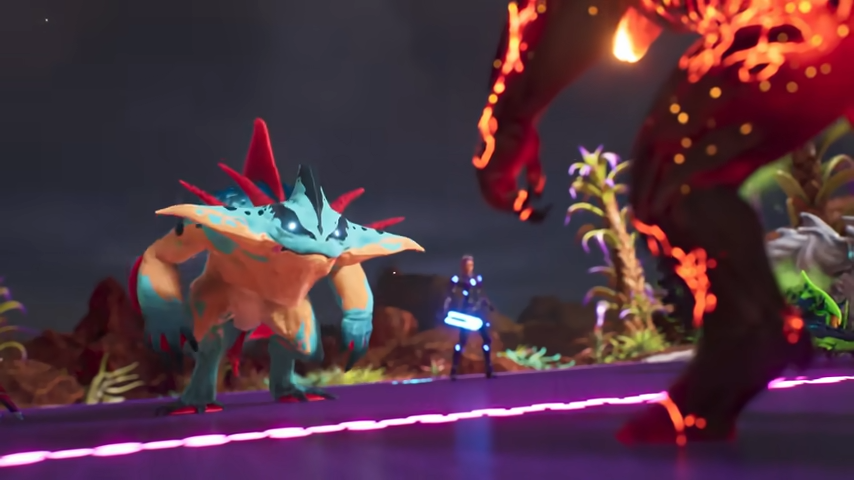 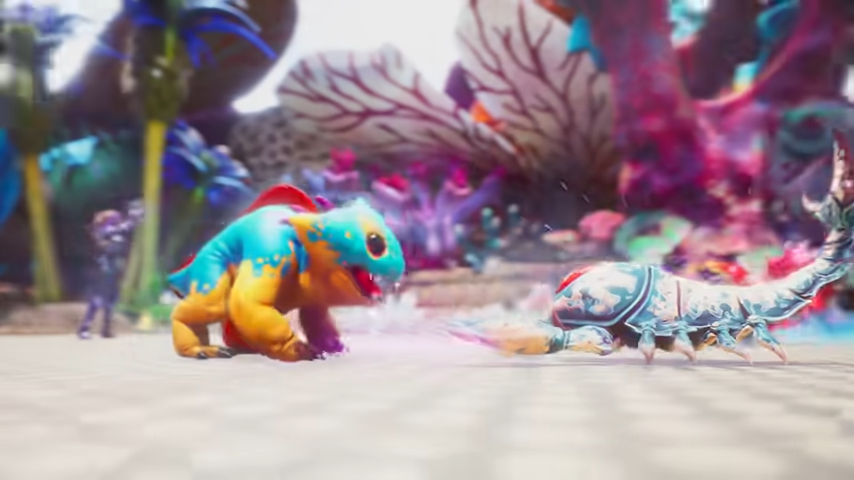 You take the role of a survivor of a transport vessel in an intergalactic space fleet, investigating a perplexing distress beacon. When you finally reach the origin of the call, you discover a ruined planet, possibly the mythical cradle of your race’s civilization. A vast crystal ocean engulfs all but a tiny fraction of the planet. Extreme weather events assault the surface, giving way to strikingly varied climates. A burst of radiation disables the ship’s engines and you slam into the planet’s surface.

Crawling free from the wreckage, you discover majestic beasts, some with near godlike power. Could this be what caused the downfall of this planet? Luckily, your race has begun to master the same energy that the Illuvials harness, and you are able to capture and control the deity-like fauna into slivers of crystal called Shards, mined from the planet’s surface. To uncover the mysteries of the planet, you become a Hunter, traveling across the land subduing and capturing Illuvials, and trying to unlock the Obelisks that keep most of the world closed off.

Here we aim to explain the tokenomics of the $ILV token, rigorously breaking down the total maximum supply, the role to be played by $ILV holders in decentralised governance and supporting the Illuvium game. Additionally, we detail the various mechanisms by which the token is distributed.

Our pre-seed sale was used to fund aggressive growth of the core contributors and allowed the protocol to bring on some of the best in the industry. They were offered 500,000 ILV at $1 USD each. As early stage investors are taking the highest risk, they must be rewarded with the lowest price. All tokens were sold in this round in a matter of days.

Our seed sale was used to further accelerate new hires, audits, listings and all other cumulative costs. The seed sale began on the 15th of January and ran for less than half the allotted time. All 1,500,000 $ILV were distributed at a price of $3 USD.Balancer Smart Pool Distribution#

A Balancer Liquidity Bootstrapping Pool is designed to allow DeFi protocols to acquire capital from a smaller amount of liquidity than would usually be required when seeding a pool such as Uniswap or Sushiswap. Balancer has been able to solve this through variable weightings of assets.

As people purchase the token, the number of tokens in the pool decreases, but the value of those tokens must still match the weights, so the price of the token increases to compensate. What you will see is a gradual drop in token price, matched by periodic ‘bumps’ where the token goes back up. In theory, the price should eventually find some value that the overall market finds to be an accurate value for the token. Utilizing Balancer’s Smart Pools we are able to fairly distribute up to a further 1,000,000 tokens that aren’t subject to lockup, listed at an initial price of 50 USD per token.

In the game, team synergy is crucial to success not only in conquest, but also in evolution. Having a single impressive Illuvial is not enough to make your team unbeatable. The synergy of the entire set plays a pivotal role in the collective value, the momentum of continuous wins, and enjoyment of gameplay. Same goes for the Illuvium team.

We are a rapidly growing multinational organization of over 75 people, dedicated to bringing in the best and most promising professionals.

With our initial seed raises now completed, we are fine-tuning our workforce the same way we are fine-tuning our game: with attention to detail, balanced by an unwavering gaze at the big picture. We have introduced the gameplay in our previous announcements and discussed Immutable-X. Now, get to know our core team who, combined, will not only make Illuvium a world-class AAA game title, but ensure that our NFTs thrive on Ethereum.

Kieran is a proven serial entrepreneur. Working alongside his brother Kain Warwick in e-commerce, Kieran was exposed to Bitcoin and Ethereum early on. His enthusiasm for the crypto space led to joining Blueshyft. While there, Kieran successfully onboarded major Australian Exchanges and started the world’s first OTC cryptocurrency exchange.

Additionally, Kieran helped The Burger Collective amass 100,000 unique reviews, 20,000 monthly web app users, and established a partnership with the global business, DoorDash. At the same time, DeFi was quickly growing, and Kieran and Kain (Synthetix.io) wanted to explore the uncharted areas of opportunity. With his background and interest in trading penny stocks, Kieran wanted to pioneer a DeFi project that would be a game-changer (pun intended) for the industries it represented. With this in mind, he tapped his brother Aaron (Co-Founder/Game Designer) to develop what will be the first AAA gaming title on the Ethereum blockchain, and Illuvium was born.

While studying Computer Engineering and Physics at the University of Wollongong in Australia, Aaron found himself obsessed with building and programming games. An avid seeker of scientific knowledge and the philosophical implications of technology his interest in artificial intelligence sprouted at an early age. Aaron’s unique knowledge of world-building and game lore has guided Illuvium’s vision to create the world’s first AAA game built on the Ethereum blockchain.

Currently, Aaron is the Co-Founder, chief game designer, and story supervisor at Illuvium. He’s a consummate entrepreneur, with a background in sports and business—all the Warwick clan have a background in sports—and has operated multi-million dollar retail franchises. In his spare time, Aaron owns and directs two major Australian sporting complexes.